It’s almost summer and as the weather heats up, so does the real estate market. To those deciding to purchase a new home, I have some advice to ensure a smooth and successful move. In my time as both a real estate agent and a homeowner, I have seen good moves and I have seen bad ones.

END_OF_DOCUMENT_TOKEN_TO_BE_REPLACED

In Ancient China Spiders were called “ximu” (meaning “happy insects”). Even in today’s folk culture, spiders are believed to bring happiness in the morning and wealth in the evening.

Last week I held an Open House in the beautiful neighbourhood of Ocean Bluff. The home was a great 3 level split that had been tastefully upgraded. I arrived at my “Open” about 1.30pm put out my signs, grabbed my flyers and went up to the front door. Like many families my sellers often came and went from the home through the garage so the front door wasn’t used much. As I approached the door I noticed one of those tiny balls of tiny baby spiders exploding from their tiny pouch. They were newly hatched and still in quit a small ball formation with the exception of maybe 6 who had begun to venture away from home base.
This tiny little pocket of spiders was situated right on the door beside the handle. It had to be relocated. I removed a flyer from my pile and slowly slid it under the pocket and carefully began to walk it across the garden to an area that would see much less traffic today. It was a very successful move. I managed to scoop up the 6 who had gone rogue and not a single tiny spider was squished. 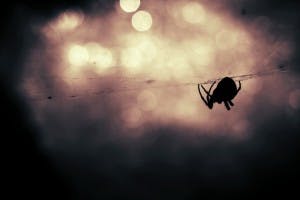 Like the spiders, I had an explosion of potential buyers through my “Open”. 32 groups came and went in just under 2 hours and by that evening I had an offer that would make my clients happy. It was wealth in the evening!
Family homes are the hot market especially those in great neighbourhoods and in great catchments.
Are you thinking to list? This is such a great time to sell especially if your downsizing, moving out of the area or making a big jump!
Enjoy your long weekend!

Are you a numbers person? Have you ever wondered what factors determine whether it is a seller’s market or a buyer’s market? In the words of my great manager Len Dorey: “this is how and where we are!”

One of the key methods used in determining the status of a real estate market is the sales to listing ratio. The ratio is a percentage arrived at by dividing the total number of sales for a month by the number of active listings at the end of that month. If there were 10 sales in the month and 100 active listing at the end of the month, then the ratio would be 10%.

So back in March 2014, the sales to active listing ratio (S/A %) was 18.36% for detached homes in our area, nudging the seller’s market classification using the new percentage range. Well it is a year later and the ratio is now 35.7%, and the seller is in the driver’s seat again. The ratio for attached townhouses is currently 27% and apartments clock in at just over 20%. So it looks like we have certainly transitioned into a seller’s market, particularly with respect to detached homes.

Along with a rise in the S/A %, one can expect a corresponding increase in prices and as can be seen in the accompanying table that certainly is the case with detached houses and somewhat with the other two categories.

The 25% increases in median and average prices indicate that there is much activity in the higher end of the market. Nevertheless a Benchmark price of $959,700 for the “typical” peninsula home is nothing to sneeze at.

Property Assessments have already been sent out to homeowners. We are getting to the point where half of our detached house owners will have assessments over one million dollars. I wonder how many of those owners realize they are getting close to losing their right to a homeowner grant which now starts to be clawed back at the rate of $5.00 for every $1000 your assessment exceeds $1.1 million, so at $1.214 million there is no grant for you. The limit where claw backs commenced, used to be $1.295 in 2013 and was reduced for the 2014 tax year. Very sneaky. As if the government doesn’t make enough money on the obscene Property Transfer Tax. Well that is a topic for another newsletter. Enjoy the spring! 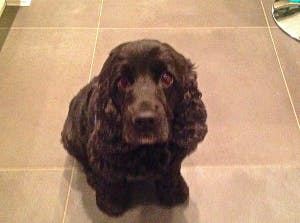 For the last few weeks we have had a house guest. A very sweet respectful house guest. She is always happy to see us, very appreciative of attention and loves whatever I feed her. She is a 6 year old cocker spaniel named Ruby.
Sadly today we say good bye to our lovely house guest but I wanted to pass on a few things that make her such a “Good Time”.
1. Affection – Her’s knows no bounds. In fact one could say it’s relentless and reciprocation is expected.
2. Routines are non-negotiable. Is it her dinner time? walk time? Oh yea, she lets you know!
3. Her love of the outdoors is contagious. I have never spent so much time outdoors.
4. Adaptability – Don’t like cats, strange house, no problem she can make it work.
5. Enthusiasm – She looks forward to literally everything and she truly believes there is something good around every corner.
Speaking of Good Times, the market is hot! We are seeing house prices at an all time high and sales are up and continuing to grow. There are fewer townhomes on the market this year which could see some increase in demand in that section of the market!!
Happy Spring!
Pilar

So as it’s been said I am a huge animal lover and so using this poor guy to flog a house just wasn’t going to happen. Returning him to a safe place soon was the priority, and yes of course getting the house ready for the open. I ran to the backyard, deposited the turtle, threw my open house signs out and ran around the house rushing always rushing to flick all the lights on.

END_OF_DOCUMENT_TOKEN_TO_BE_REPLACED

It’s a busy time of year for REALTORS® and this year seems busier than most. However, I am proud to say that I have completed the update to my online presence. New website. Check! New Newsletter. Check! and Blogging started! I am such a rookie I am not even sure that blogging is a verb. Regardless feel free to check out my latest blog!

END_OF_DOCUMENT_TOKEN_TO_BE_REPLACED
Full disclosure…… I am an animal lover. Dogs, cats, rodents and reptiles. I like them ALL! Really there are very few I don’t like.
Now what does this have to be with promoting and marketing real estate, NOTHING and EVERYTHING.
My “tails” make for some funny stories, I often get great pictures and just maybe when you finally decide to take the plunge to list your home you’ll have some comfort in knowing that I will take good care of your 2 legged, 4 legged or winged little friends just as well as I will take care of the sale of your home! Don’t worry I will also have some posts that are about the boring aspects of real estate, but I promise to make them fun and include a cute animal pic.
Pilar 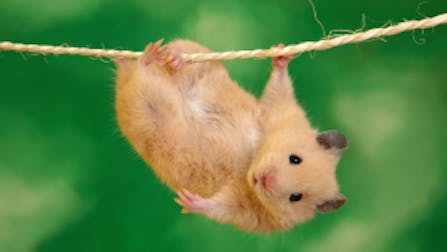 It’s 2015 and another year is in the books. As with most of you, I too am brimming with many super ideas. Going to be healthier, more fiscally responsible, volunteer more and sell more so why not begin the year with asking for what you want right? I want referrals. I have some very special gifts to share so please keep your eyes and ears open. If you hear of anyone thinking of buying or selling please feel free to send them my way!

Thanks and I wish all of you a prosperous and happy New Year!

END_OF_DOCUMENT_TOKEN_TO_BE_REPLACED

This year Realtors are celebrating the 20th Anniversary of the REALTORS Care Blanket Drive. Please drop off  at our office at 1 – 1920 152nd Street, Surrey BC between November 17th and 24th or feel free to email me I will be picking up blankets locally on November 20th.

Thanks for your support.

All donations collected in a community stay in that community!